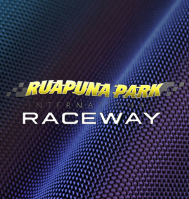 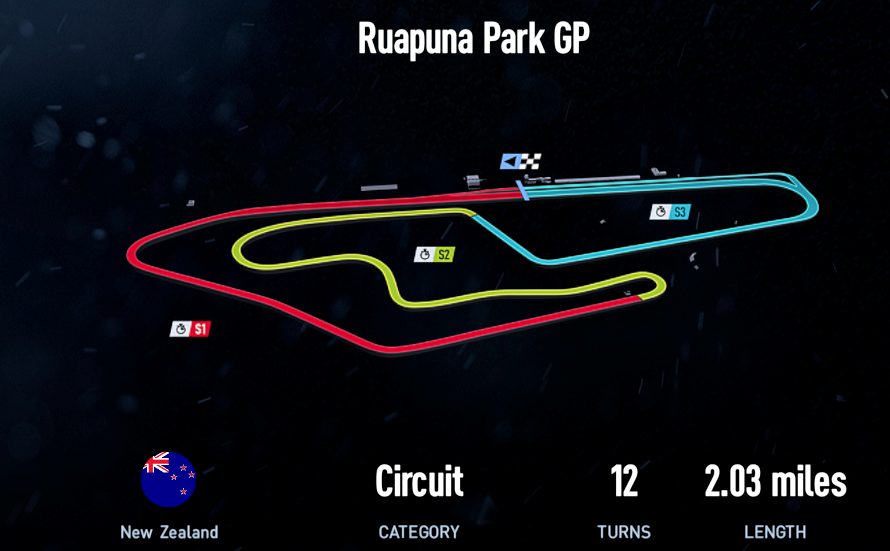 Description: Ruapuna Park – currently known as Mike Pero Motorsport Park – is one of the few club-owned and operated tracks left in New Zealand, with racing held in one form or another since the 1960s. The track is owned and operated by the Canterbury Car Club Inc on land which is leased from the Christchurch City Council. It is a designated motorsport reserve and is also home to the Christchurch Speedway dirt oval. The Canterbury Car Club Inc was formed in 1947 with events held at various venues around Christchurch. As the club grew it was realised that a permanent race track was required and after an enormous amount of hard work by volunteers the Ruapuna Park track was opened in November 1963 (a year after the dirt oval had been established next door). The circuit was a fairly simple sealed surface road course, at just a mile in length and comprising essentially a flat tri-oval with an extended main straight down to a hairpin bend. Perhaps not an all-time classic design, but perfect for the needs of the expanding club. Racing flourished here in various forms and as the club finances grew stronger, gradual improvements were made to the facilities. In 1976 the main straight was widened and a staging area constructed to allow drag racing to take place on the track. Clubrooms were built in 1984 which are now known as the Chris Amon Clubrooms, while two grandstands were erected, the Bruce McLaren stand overlooking the main straight and the Denny Hulme stand with views of the back of the circuit. In 1985, further upgrades were made to the drag strip by the Pegasus Bay Drag Racing Club, funded by a $7,000 grant from the NZ Hot Rod Association. This saw a new burnout and pre-stage area added along with a control tower for the strip (which uses the main straight in the opposite direction to road racing). The biggest change in the circuit's history came in 1993, however, when it was dramatically extended to 3.3km, with a programme of major renovations also established. A control tower was added, followed later by 30 covered garages, a fuel bay for competitors to purchase their fuel on site, a new viewing lounge with a balcony at the start/finish line and an electronic timing suite with all cars required to have or hire transponders. There are a number of configurations of the circuit with licences from FIA Grade 3 for the main Grand Prix circuit to National grades 1, 2 and 3 for the shorter variants. In 2004 the park was renamed Powerbuilt Tools International Raceway, when the Alltrade company purchased the naming rights. In 2013 that sponsorship ended, with naming rights picked up by real estate entrepreneur and six-times national champion motorcycle racer Mike Pero. The circuit retains a busy calendar of events, with the Canturbury Club organising its own calendar and the track also hosting races for three different motorcycle clubs, alongside the drag meetings. Various driver training businesses also hire the track for motorcycle training, super moto events are held on a special infield course, while drift events (local and national) are also gaining in popularity. Various non-motorsport activities also take place, such as local and national school duathlons, roller skating and cycling to name a few. The track found new international fame in 2015 when it was digitized and included as an official download for the popular Project CARS racing game, one of the few New Zealand tracks to ever feature in a commercially-available PC or console game.

Your message has been submitted.

Oh no! We have a misfire! Please leave us as much detail below as possible so we can tune things more effectively.

Oh no! We have a misfire! Please leave us as much detail below as possible so we can tune things more effectively.